I’m in Chi-Town visiting my mother.  Yesterday when I entered to condo-building where she lives, the front door attendant had stepped away for a moment so I resigned myself to waiting patiently.  A older gentleman in a tweed suit saw me and asked “Can I help you?”

I was confused, and thought maybe he was the attendant and just wasn’t dressed in the normal uniform.

Cautiously, I responded by gesturing at the front desk and asking, “Oh… I’m sorry, are you working?”

He angrily replied with: “Do I look like I’m working?!  The man who works the desk will be back soon…”

I let the man trail off.  He was clearly distraught that a scruffy-looking guy like me was going to have access to his building (I was wearing my most comfortable torn-up travel clothes at the time).

This is Normal, Not!

I’m loving this blog on passive agressive notes.  I swear I’ve seen some of these in my home and office.  My current favorite is here (I invite you to guess why it’s my favorite).

Posted by halfawake on May 22, 2007 in Entertainment, Garbage In, Garbage Out

This post contains spoilers from the season 6 finale of Smallville.

Smallville’s sixth season is finally over. Some thoughts about the finale:

Posted by halfawake on May 19, 2007 in Entertainment

Yesterday O’Foghlú sent me a link to Flickrvision, a site that combines the Google Maps and Flickr APIs to produce a real-time sampling of photos being uploaded to Flickr.  It’s strangely a addictive and dynamic snapshot of what people are doing around the world. 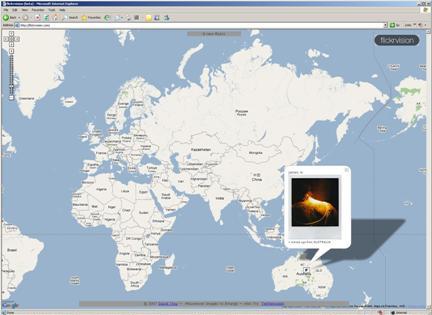 Posted by halfawake on May 17, 2007 in Alchemy, Entertainment

Who Would Win in a Fight

A subject of much debate in my office has been the question of who would win in a fight, G.I. Joe or the Thundercats?

What do you think?

Posted by halfawake on May 15, 2007 in Entertainment

Milk Was a Bad Choice

It’s over 80 F for the second day in a row, and I think I’m going to have to adjust my running schedule to go later at night (lest I break my continued ‘run every day’ streak). This heat kills me, and it’s not even that hot yet.

Does anyone have any suggestions for how to best get used to exercising in hot weather? How hot is too hot?

I’ve wanted to do a triathlon for many years. I love running, and I like biking. The only problem is that I can’t swim.

Or at least that I couldn’t up until very recently.

(Someone who is not me swimming.)

I took swim lessons when I was in second grade, but generally hated it more than I hated painful orthodontic procedures. It did not come naturally, I loathed putting my face under water, and in high school I even had an irrational fear of water itself (sprung in part out of reading Seventh Son).

This winter I took a beginner’s swim class, and I’ve now graduated from “water incompetent” to “mildly aqua challenged”. In the process I had a number of fun experiences besides learning the crawl and backstroke:

Under the Sea– Before taking this class, I never opened my eyes under water. I think this contributed a lot to my general lack of comfort in the pool. After my first swim lesson it dawned on me that swim goggles would be a great investment. The first time I went under with the goggles I realized that watching the sub-surface scenery is part of what makes swimming so fun and appealing. If your eyes are always closed when you go underwater, you miss out on all the underwater tea parties! (Not to mention that it’s easier to overcome a fear of drowning if you can see the bottom of the pool and recognize that it’s not getting any closer).

Water Smells Bad – I’ve always had a fear of water going up my nose, and I think this is why I never liked putting my face under water. Well, in this class I had to get over my insistence on holding my nose every time I dunked my head pretty fast. In the first lesson, we practiced “bobs” (dunking your head repeatedly while exhaling underwater and inhaling above water). When I asked the instructor how to prevent water from going up my nose he said “you know, I’m sorry, but in this class you might get a little bit of water up your nose”.

I’ve talked to several friends about this, and they all insist that water doesn’t go up their nose unless they breath in underwater. They politely and condescendingly explain to me that I must be breathing water up my nose, because that’s the only way water can get in there, and of course they know better how I’m breathing than I do.

Well, after taking this course, I’m convinced that they are wrong. I can dunk my head now, and I still feel the water entering my nose in various positions. Growing up swimming and learning to just deal with water being in your nose and at the back of your throat is an important part of learning to swim. Of course, if you gently dunk your head and hold your breath, water won’t go up your nose… But I also think that there are many situations where you might do everything else right and still get water up your nose, and I’m just not totally used to it yet (though I have developed a bit of a tolerance).

A Whole New World – Halfway through the class I decided to try opening my eyes under water without goggles. It seemed that this practical experience might come in handy if I were ever on a sinking boat without my goggles. I finally forced myself to do it, and I was amazed by what I saw (almost as amazed as when I first opened my eyes with the goggles). The world looked so strange and wiggly… It was definetely harder to see distinct shapes and people. What surprised me the most was that everything was so BRIGHT. I even asked around the class to see if anyone who could explain to me why the underwater would be so much brighter than the air. Some people suggested that it was an effect of reflection, and Paul went as far as to suggest that I was actually having visions of the future.

It wasn’t until I was on my way to my car in the parking lot that Paul said “Maybe it was brighter because your goggles are tinted?”

I felt pretty dumb after that, but it was the good kind of dumb where you can’t stop laughing at yourself.

For Mature Audiences Only – Will, a friend who happened to see one of our swim lessons, had the “call of the week” when he pointed out that Paul looked like he was practicing giving head when he did his bobs.

It’s Not That Funny– One of the younger class participants (maybe 19 years old) found it necessary to approach me EVERY SINGLE CLASS and tell me that he felt like he could fall asleep on the water. He would swim or float over to me, say “I think I could just fall asleep on the water.. no I seriously could” in a slow southern drawl, and then float away as if the repeated demonstration of his tranquility would convince me of his aqua-narcolepsy.

The same student once accidentally poked me in the nipple when he was practicing his front kick, and my natural response was of course to let out a shrill feminine scream. He thought that was hilarious, and for some reason from then on would periodically approach me in the pool to pat and/or gently caress my shoulder. I’m usually not a big fan of strangers touching me with my shirt off, but honestly this minor discomfort paled in comaprison to listening to him talk about falling asleep on the water every time I saw him.

Swimming is About Comfort in the Water – Last week I passed the swim test at the end of the course. It consisted of swimming 3-pool lengths; one length had to be front crawl, one had to be backstroke, and the third was the swimmer’s choice. This was *hard*, but it was also something I couldn’t have imagined doing four months ago, so I guess I now feel that I know how to swim. More importantly, I am much more comfortable around the water. I can jump in and swim around and put my head under the water without thinking too much about it. I think that’s a good basis for whatever I do in the sport in the future.

Overall this has been a great learning experience because it was challenging and attainable with measurable results. I highly recomend it for anyone else who has been meaning to try it out.