Normally I’d tweet something this short, but I wanted a chance to give a SPOILER WARNING for season 1 of Dexter.  More after the “more” thing.

END_OF_DOCUMENT_TOKEN_TO_BE_REPLACED

Posted by halfawake on October 23, 2009 in Entertainment

i can haz fox news?

I understand that journalists need to write catchy headlines in order to trick the public into reading their stories.  Take today’s leading headline, for instance:  “Obama’s first 100: Now comes the hard part” seems to promise some kind of poignant analysis of what’s to come, when really it’s just a rehash of all the Obama news we’ve seen this year coupled with commentary on why Obama’s acknowledging his 100th day at all.

I’m pretty flexible with my news and I enjoy reading a variety of news sites each day.  But given that flexibility, I do not understand why Fox News has resorted to using lol-speak in it’s titles. 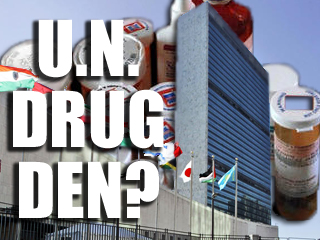 (The image in it’s original context is below) 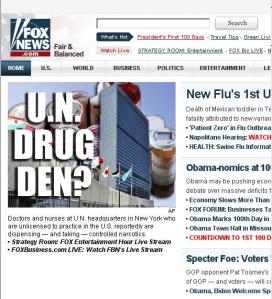 Photographs via Fox News on the Interwebz.

Update: The Fox photo is permalinked here (for now).  Also, the story in question, which doesn’t have the photo, is here.

Posted by halfawake on April 29, 2009 in Current Events, Entertainment

Getting Involved in Politics

A quantum of creativity and fun in an extremely busy time of life can keep me going through stress.  So, I’d like to introduce a personal project that I’ve been using as a way to keep balanced between ‘work’ and ‘other’.  It’s a website that catalogs Barack Obama’s Presidential neck ties and other neck wear.  Enjoy.

Posted by halfawake on February 13, 2009 in Current Events, Entertainment

Last year at Zandperl’s Halloween party we were playing “The Coachride to the Devil’s Castle” (aka Die Kutschfahrt zur Teufelsburg), and we spontaneously came up with the following definition of “Pearl Harborer”:

In the Card Game “Die Kutschfahrt zur Teufelsburg” (“The Coachride to the Devil’s Castle”), a Pearl Harborer is someone who is surreptitiously hiding the “Schwarze Perle” (a.k.a. “Black Pearl”) card.

Brian’s going to declare victory this turn, unless he’s a pearl harborer…

I submitted this definition to Urban Dictionary.

It was rejected.  Superficially, that’s not a big surprise, nor do I care. 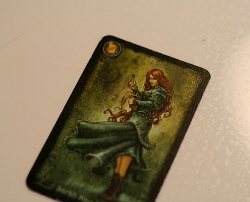 What surprised me, initially, was that it took so long for them to get back to me.  I submitted the entry on October 27, 2008, and received my “entry not published” email three days ago.

Peer review is known to take ages, but still I could not imagine why the rejection would be so slow (compared to Wikipedia rejections, which can happen within minutes).  But the real surprise here is that Urban Dictionary has standards at all. The rejection letter came with a link to Urban Dictionary’s publishing guidelines (you may need to sign up to see the link):

As an editor, you decide what gets published. Use these guidelines while you make your decisions.

So anybody can sign up to be an editor, and some consensus of arbitary/random editors decides which entries get accepted and which get rejected.  According to these guidelines, my entry should have been published.  However, whichever editors saw it disagreed, probably because they didn’t “get” the definition, so now it’s lost to the world forever.

The sad part is that this isn’t so far off from academic peer review.  Sometimes you discover or create knowledge that you know is right, and you try to put it out there but the people reading it don’t think it should be seen, and they reject it, often with little or no explanation why.  If it’s this hard to publish in the haphazard, anything goes environment of Urban Dictionary, imagine how hard it must be to publish in a journal, where entries theoretically have consequences.

Posted by halfawake on January 27, 2009 in Alchemy, Entertainment

If Knowldge Were Power

Last weekend was the 2009 MIT Mystery Hunt, and it was a grand old time as usual.  I don’t have anything extremely insightful to write about it for a general audience, so I’m going to go list format for highlights:

* Does anyone have any suggestions for how to fix this?

I was very happy overall, and glad to bring Paul and Sniperbunny along with me.

Turning to the week, I realize that for a long time I’ve been saying “I’ll get to that as soon as the hunt’s over” for a lot of important to-dos on my list…  More importantly I haven’t really started cracking at my recent resolution, which is an indicator that I haven’t personally accepted the gravity of my research deficit.

Update: Weirleader reminds me that I wrote a couple posts about the Mystery Hunt last year.  Apparently my lackluster puzzle solving ability hasn’t changed much in the past year.

Posted by halfawake on January 20, 2009 in Entertainment

A scifi meme, via geekylibrarian.

Yeah…  I wish I had read a lot more of these.  I tried the lord of the rings but didn’t make it too far.  I may try #49 on recommendation from my advisor.

Posted by halfawake on December 18, 2008 in Entertainment

“That’s so gay” has been around for a while, and I feel like recently it’s reached an equilibrium point where people know it’s messed up to say it, but they say it anyways with a smirk as if saying something while knowing that it’s offensive makes it all better.  Kinda out of nowhere, Hillary Duff calls this behavior out:

What do you think of this ad?  Is it a message that will get through?  Or is it saying something that’s already known, and therefore won’t make a difference?  This reminds me of Illdoctrine’s “No Homo”.

Posted by halfawake on October 10, 2008 in Current Events, Entertainment